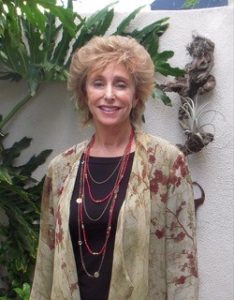 Debby Lipman McCormick was an outstanding diver training and competing under Glenn for 13 years. She has 23 National and 10 international diving medals to her credit. Debby graduated from and competed for Cal State Univ. Long Beach. She began her coaching career there coaching both men’s and women’s diving teams from 1976 to 1984. She started coaching with Glenn in 1976 , and together were an amazing team from almost 20 years. Debby has served nationally and internationally as both a judge and coach. Since Glenn’s passing, Debby has kept McCormick Divers performing in the same spirit as when she and Glenn coached together. Those who have been fortunate enough to dive with them are forever a part of their extended diving family. Debby is also a first-rate tennis player, accumulating over a dozen national tennis titles including the #1 national ranking in women’s doubles in 1999. 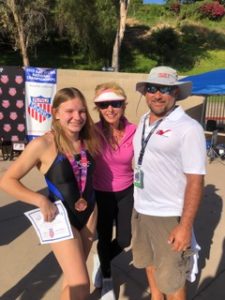 Charly Collins was with McCormick Divers for almost 20 years. Besides coaching, Charly represented McCormick Divers at Masters National Championships and coordinated team functions like the clown diving clinic during the Clash of the Clowns exhibition. We miss him tremendously and wish him the best in San Antonio, Texas. 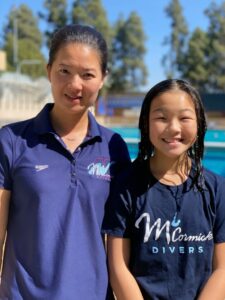 McCormick Divers in 2021. She coached JO and Novice Divers in the US since 2012. In October 2021, she coached one of the youngest divers representing the United States in the first Junior Pan Am Games. Evelyn Wang won Bronze in the 11 and under 1 Meter Springboard Event.

Originally from China, Maggie was a National Team Member. After an injury sidelined her competition career, she worked with JO National Divers in China before coming to the US. 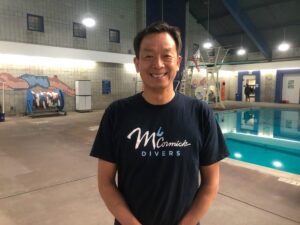 Haitao Chen (Coach Chen) joined McCormick Divers in 2021. Coach Chen started his coaching career as a National Team coach in China. He has worked with divers in the US since 2012. His JO divers have earned medals at Regional, Zones, and National Competitions.