Glenn McCormick started coaching in 1953. Sadly, he passed away in 1995, leaving behind a trail of National, International and Olympic Champions.  His legacy is the McCormick Divers of Long Beach, which he formed in 1968 when the Belmont Plaza Olympic Pool was built for the 1968 Olympic Trials. 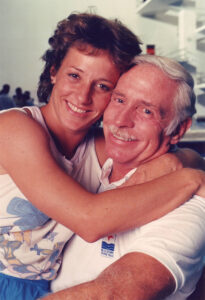 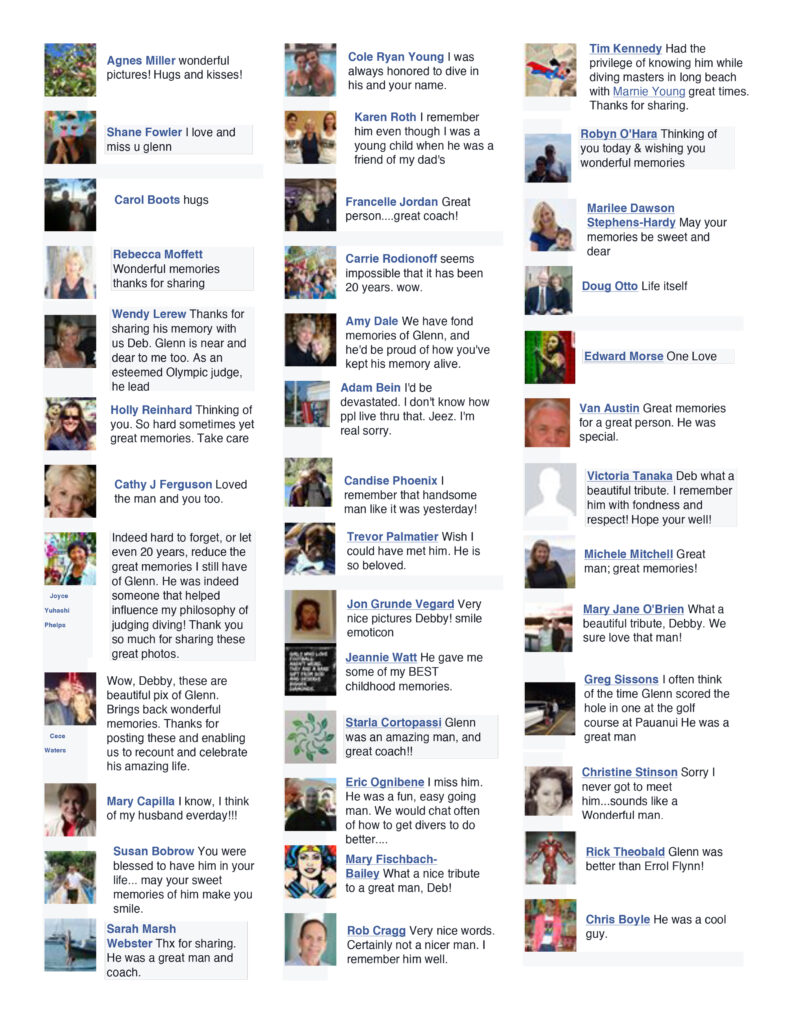 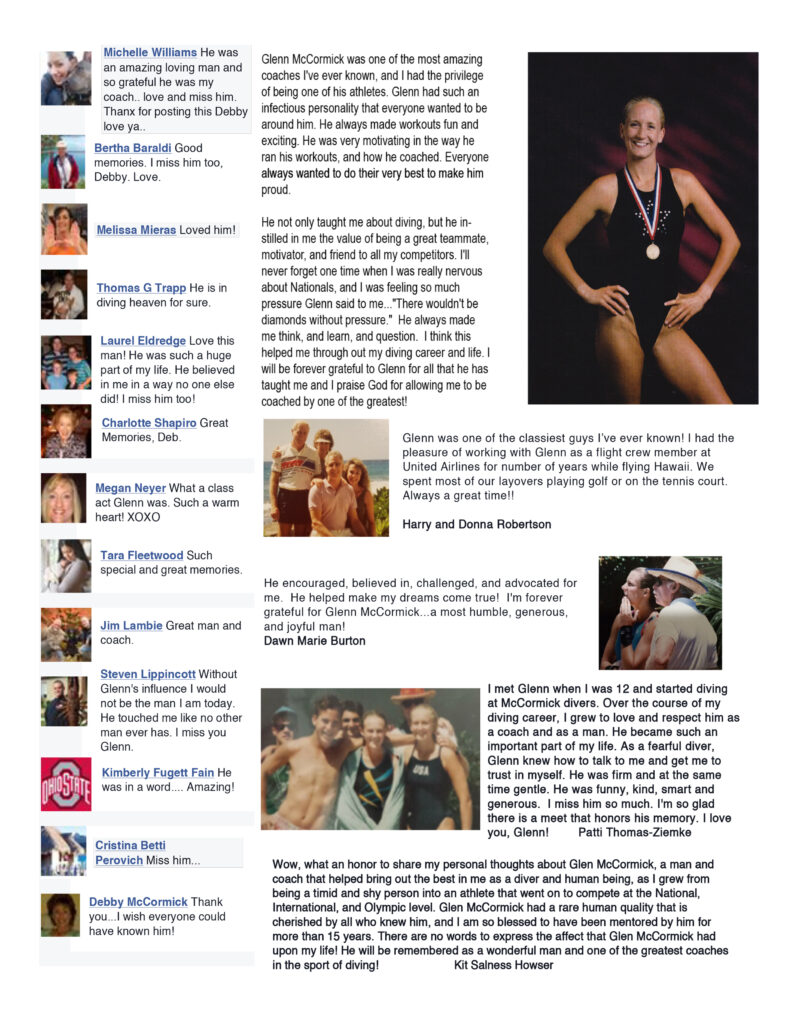 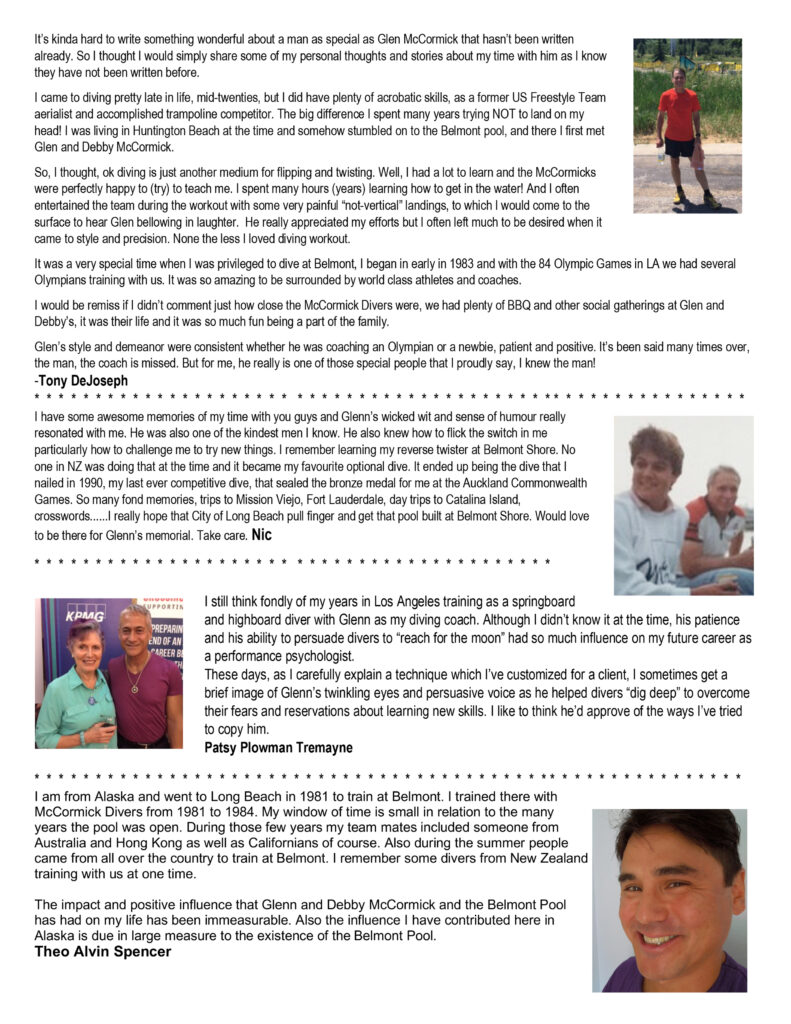 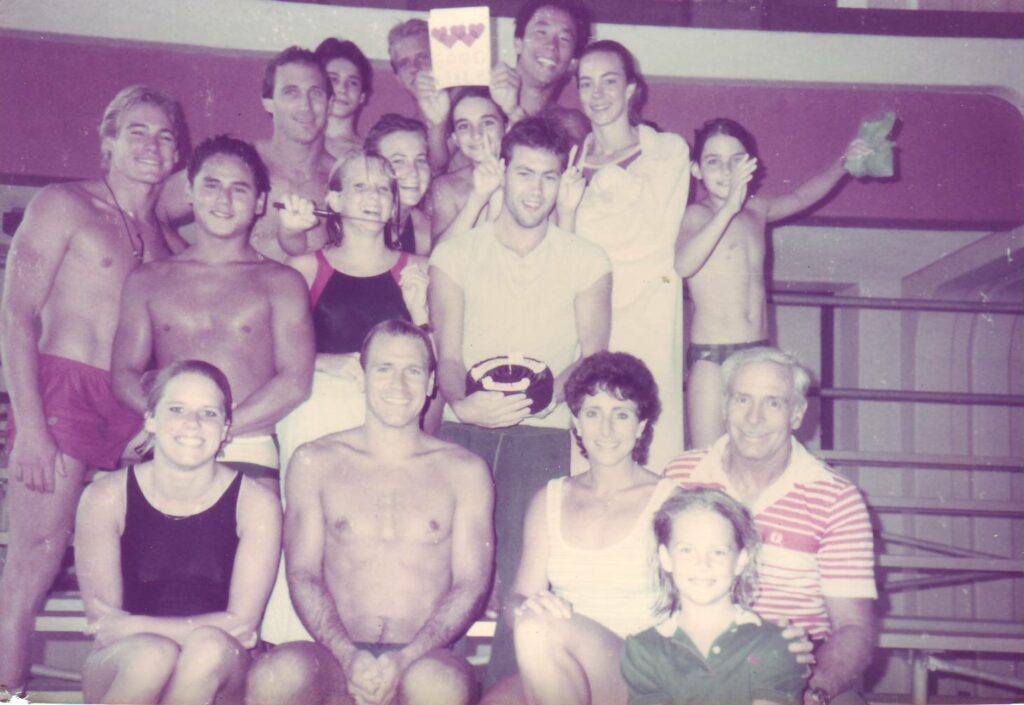 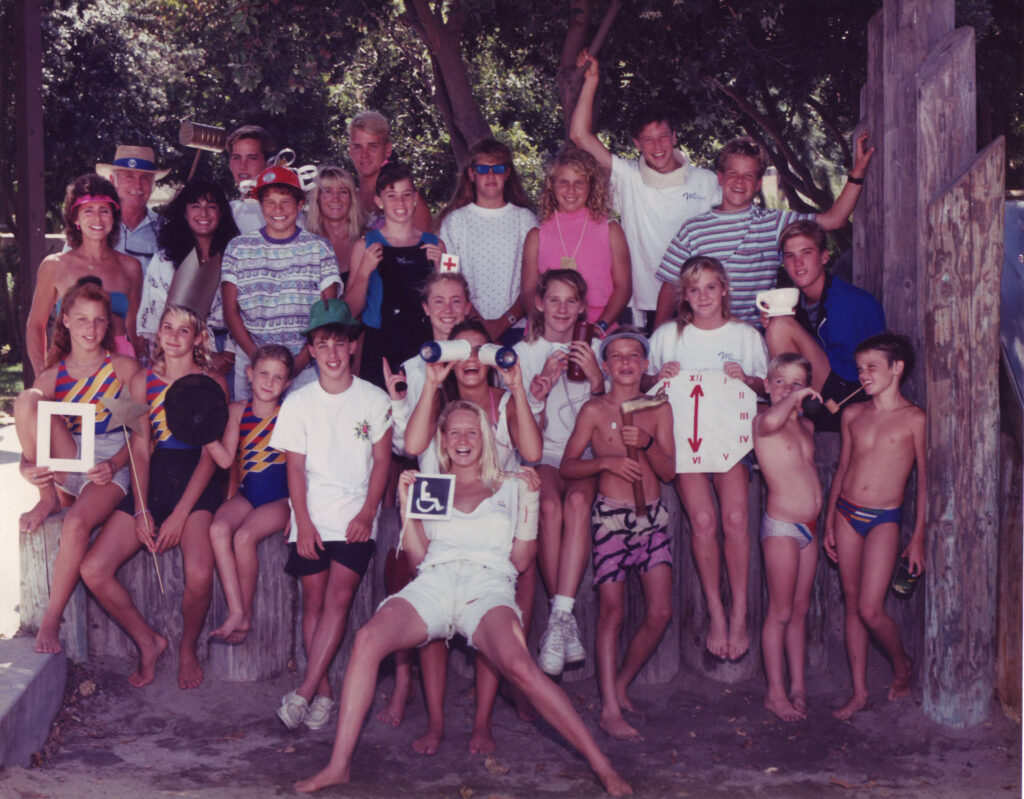 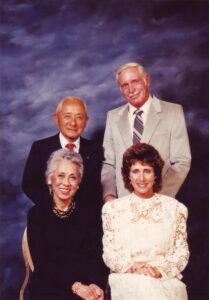 McCormick Divers has been friends with some of the greatest divers of all times. Dr. Sammy Lee was a trail blazer in the Springboard and Platform diving world. Here is the celebration of life after his passing.